Any successful volunteer organization can be traced back to a few highly-dedicated leaders who are passionate in the group. Developing and maintaining a strong Snipe fleet is no different. The main required ingredient is communication: it is important that everyone is in loop. But as with any form of communication, this is not simply a single person sending out periodic e-mails. This is where EVERYBODY can contribute and not just the fleet captain. Communication is a dialog, not a podium-based speech. So all of us can – and must – contribute by dialoging on whatever can draw us individually into our Snipes.

Another major ingredient is the acknowledgement that everybody’s interest change over time. This is the Great Circle of Life as applied to Snipe sailing as well as most PAST TIMES. This translates into needing to constantly try new things to keep interest up. The complication that the over 50 registered US fleets and close to 500 members have is the myriad of situations and environments we are all in. There are fleets hanging on by a thread with long-time Snipe sailors as their base and there are fleets that are in the vicinity of young (high school, college, U-30’s etc.) sailors. There are fleets in small lakes and others on huge open water. There are fleets with mostly aged boats and others with modern, competitive boats. There are fleets that only do fleet racing and never travel and there are fleets that ONLY travel to regattas. The list of variations goes on and on. The variety is both cool as well as head-shaking. No single solution will work for all. With all this in mind, here are a few ideas we can all consider to build our fleets.

The Mystic Lake Snipe fleet actually includes two fleets that fleet race together: #77 (Winchester Boat Club) and #777 (Medford Boat Club). The fact that there are two fleets is a throwback to the days when sailors had to qualify through their fleets to sail the Nationals, and the number of boats a fleet could “send” was a proportional to how many registered Snipes it had. This led to those on the edge of qualifying actually paying for dues of the deadbeats who never got around to paying. Those indeed were different times. But I digress. Despite having one of the larger fleets in the country, in recent years, we rarely drew any more than 4-5 boats for a typical fleet race in 2018. It was hypothesized that many would not sign up on the fleet Doodlepoll for a weekend of racing until they saw others had signed up – the classic circular reference. We made two changes in 2019.

First, we went with a more dynamic on-line planning / communications tool, a GoogleDoc spreadsheet, that served multiple communications purposes – click here to check it out

Second, the fleet was polled as to which days sailors MIGHT sail throughout the summer, and the days with the most interest were deemed “Super Sailing Days” on the schedule. The result was three so-called Super Sailing Days that drew a dozen boats, as opposed to the 3-5 boats on the other days of fleet racing. It was a big success.

Idea #2: Communication is the Key

Check out this great article that describes how a fleet in Finland communicates with their membership. Ideas include different communication channels for different audiences (propsective vs. active) such as Website, WhatsApp, and Social Media.

Idea #3: Keep a particular eye out for the new-to-fleeters

It is human nature to hangout / chill with your regular sailing buddies. It costs you nothing and takes only a teeny bit of effort to make sure everyone feels a part of the “family”: Read this article!

Idea #4: Don’t forget the importance of the social aspect

Peggy Davis from the Atlanta Fleet writes of the importance of keeping a healthy social atmosphere. If you combine fleet racing with a very low-key social event afterwards, you will be amazed at how much you will look forward to these local races. I cannot over-emphasize the importance of the social aspect: not only does it give you a chance to share ”How did you know to go to that side? How did you right your boat so quickly? How did you get your wife to sail with you?”, it also puts a more pleasant outlook for your trip home. After all, only one person won each race and even he probably did something stupid at one time or another. The few people who are blissfully happy after a day of racing are usually those back-end or middle-of-the-fleet sailors who finally beat a rival or a “good sailor.” Sharing a beer, sympathy, and advice leaves everyone ready to try again the next weekend.

Idea #5: Thinking outside the box

Sometimes you just have to poke the bear or stir up the pot – whatever you call getting out of a rut. Those who know Joel Zackin from the Quassapaug, CT Snipe fleet know him to be close to the front of the pack in terms of liking to blow up tradition for the sake of peaking our interest. This past summer, he held his first team racing Snipe event where travelers did not have to bring their own boats. And he recently suggested to me that he might consider trying a handicap system for his regatta that the Aussie 18’s do on “18FooterTV”. They set three windward marks, blue (most leeward), red (middle) and white (most windward). They never adjust the course after the start no matter what the wind does. The scratch boat has to round the white mark (farthest) all three laps. The second ranking boat rounds White, White, Red. So on and so forth. The back of the fleet rounds Blue Blue Blue. Confusing, but maybe fun. They run three lap courses (downwind finishes), giving the rear of the fleet three chances at taking the lead.

I consider Annapolis’s Chris Ryan and Beverly’s Shan McAdoo the two Greek gods of regatta turnout, having drawn the largest numbers to US regattas at the 2016 North Americans and 2019 Nationals respectively. When I asked Chris how he was able to draw close to 70 Snipes at their NAs, his response was to eliminate the excuses. “When someone would say ‘I’d love to come, but I don’t have a crew’, I would find him a crew. When they tried ‘but I don’t have a boat’, I’d find them a boat. Same for housing and whatever other (controllable) excuses they would come up with.” And there was no way that anyone was going to try “but I did not know about the regatta” because he social-media’d the bejessus out of the event to the point of being borderline annoying. It worked so well that Shan (along with his co-chair Paul Earl) duplicated the strategy to get the largest turnout of 2019 for a US regatta.

I fear that too many of our regattas in the US are run with a reliance of “the regulars” making it, and not nearly enough attention paid to publicizing to a new market.

The Annapolis’s Severn Sailing Association (SSA) fleet continues to come up with new and innovative ideas for getting more and new sailors out on the race course. Most U-30’s will tell you that buying a boat is a major hurdle considering the pretty-much defacto standard problem of paying off college loans. Lisa Pline describes and compares two effective means of addressing this as follows:

Lease to Own Boat Program

Idea #8: The secret to a successful regatta

I am the first to admit that sometimes it can seem easier to do a task than to delegate it. But a major way to make regattas “fresh” is to hand the keys over to someone else. But it can be frightening for a newbie to run their first regatta. Means and Peggy Davis from the Atlanta fleet have been sailing Snipes for eons and have hosted countless regattas, so their suggested “to-do” list can serve as an excellent anxiety reducer (click here).

Try putting one, any or all of these in your planning for your next fleet season. And please get back to me with any things you have tried.
Happy Sailing! 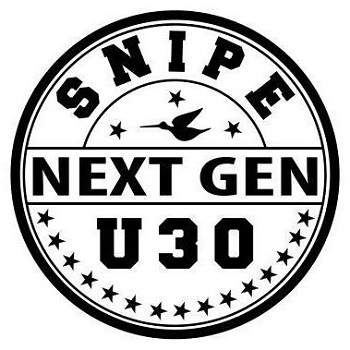